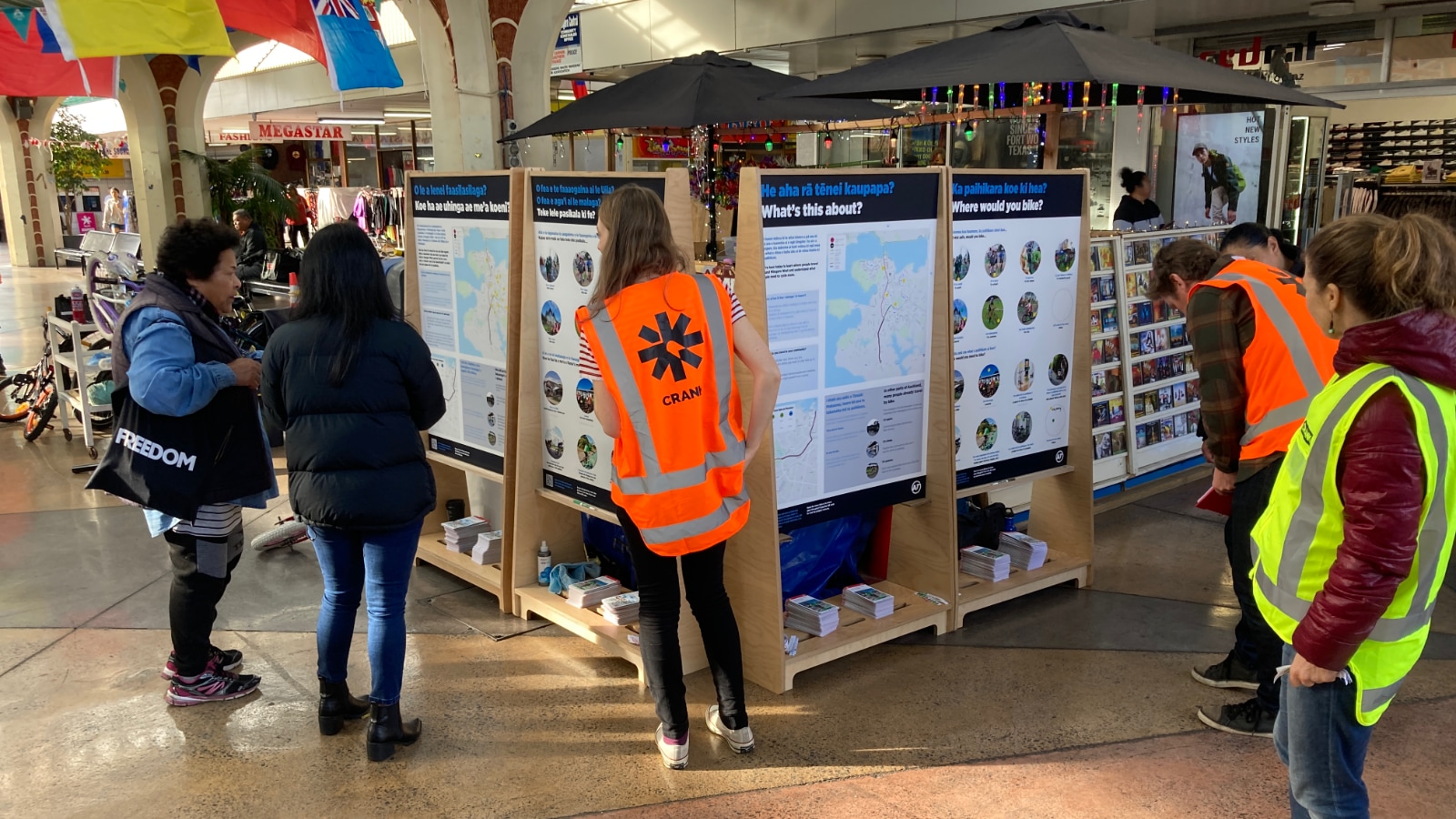 The Māngere West Cycling Improvements project looks to create better cycling connections so trips to work, schools and town centres are easier and safer by bike. This project is included in three other key transport programmes from Auckland Transport that will give locals and commuters options on how they prefer to travel around South East and South West Auckland.

Last year, Auckland Transport consulted with the Māngere Bridge Community on a project that would see a Cycleway built extending from the Onehunga - Māngere Bridge footbridge, through the Mangere Bridge town centre to Auckland Airport.

This proposal was met with hesitation, and we were brought on board to lead a new approach - to meet with community members to learn how they view possible future cycling improvements in the area and what would deliver the best outcome for the community.

Crank was engaged to devise and run four collaborative design workshops in the Māngere Bridge community in order to come up with a design solution that would work well with locals and commuters in the neighbourhoods and to really find out what they wanted and what would work best for them. Our project team was out on the ground from the beginning on a bike ride to cycle the previously proposed route from Onehunga to the Airport to experience what that would bring the greatest benefit to them. We set up a ride with a local community biking group, Friends of the Farm, who showed the team many alternative routes that could be of interest.

Over the course of six months, we collaborated with various local groups, setting up community events to help us engage with locals in order to get a clearer understanding of what they wanted to see come out of this project. We also attended monthly meetings with the Māngere-Otahuhu Local Board, Te Akitai Waiohua and Bike Auckland to keep them updated on what we were doing, as well as seek their input and ideas.

Over the next couple of months we will hold a series of four collaborative forums with various community members with a diverse range of ideas and opinions around cycling improvements in their area. The feedback and discussions from each of these forums will be taken and put into creating a new design iteration to take to the next workshop for feedback before drafting a final design that the community was happy with to take back to Auckland Transport for evaluation.

We wore many different hats throughout this project. We kept the team on track through setting up a series of fortnightly wider project team meetings and weekly consultant project team meetings as well as creating a central drive with a good filing system to keep a record of all documents and decisions made.

To make sure our community engagement was the best it could be, we partnered with local biking advocate Time To Thrive - Mangere BikeFit to both give us a true perception of the communities we would be working with, as well as local knowledge and reputation at several community engagement events that each targeted different groups of the area - schools, employees of the airport, church-goers, and general community members. At three of these events in particular we invited Mr T to co-host with us in an effort to encourage locals to have a go on some bikes as well as to gather opinions and data around where people move between and where they would like to go on bikes.

All promotional copy including posters, flyers, emails and ads were written by our communications coordinator with oversight from Auckland Transport, making sure these were inkeeping with ATs brand guidelines. They were also, where relevant,  translated into Māori, Tongan and Samoan to help reach the communities more effectively.