Hi. We launched crank.nz in June and are adding case studies over July/August. Reach out if you can't find what you you're looking for.

Hi, our website was launched June 8th and a bunch more content will be added over June/July. Reach out if you can't find what you're after.
Text Link
30
× 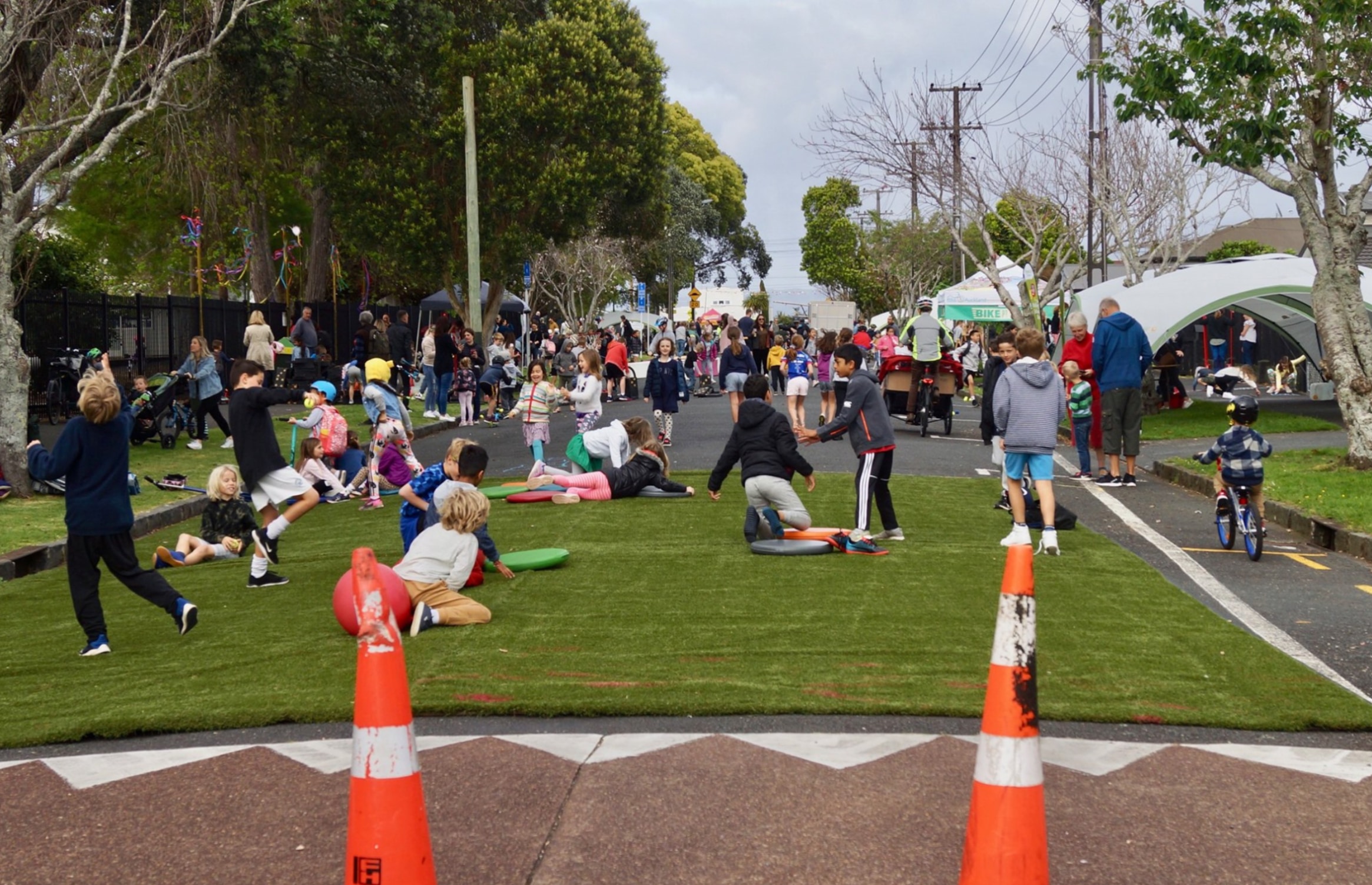 This one-day street closure event attended by 1,500 people sought to kickstart a conversation around what safe streets could look like.

The project sought to kick-start a community conversation around what safe streets could look like. It responded to an increased use of cars for short trips, and was undertaken at a time when Auckland Transport was proposing a cycleway project through the suburb. The team aimed to reframe the community narrative around street use in the lead-up to consultation on the proposed cycleway.

The street chosen for the event was outside the local Primary School which, like many across Auckland, sees high volumes of vehicle traffic at dropoff and pickup times. By closing the road from 8am to 8pm we also sought to encourage families to consider alternative transport options to get children to school. School students used the street from 8am to 3pm. After this time, it turned into a community event space. It is estimated 1,500 people attended.

Matt lives in the Pt Chev community and delivered this project as part of Crank’s commitment to 10% of staff time spent working on pro bono community projects.

Together with another community member, Matt conceived the overall project concept and then approached the key stakeholder - school leadership - to get them on board.

Tasks then performed in the lead-up to the event included: