Hi. We launched crank.nz in June and are adding case studies over July/August. Reach out if you can't find what you you're looking for.

Hi, our website was launched June 8th and a bunch more content will be added over June/July. Reach out if you can't find what you're after.
Text Link
30
×

This project is one of a dozen featured as part of our Power Up 2.0 Tour of Aotearoa campaign. We're sharing stories from towns and cities across New Zealand that are trialling ways to make their streets safer and more liveable - especially for young kids. These stories are written for kids and, in some cases, the content is created by kids. Click here to learn more about Power Up 2.0 and see the projects featured.

Power Up 1.0 aimed to boost walking and biking at four Auckland primary schools. The Power Up app was used to record trips by Walking School Buses and Bike Trains, allowing gamification of the trip to school. Street trials at each school tested the impact of separating cars and kids at peak pick-up times. 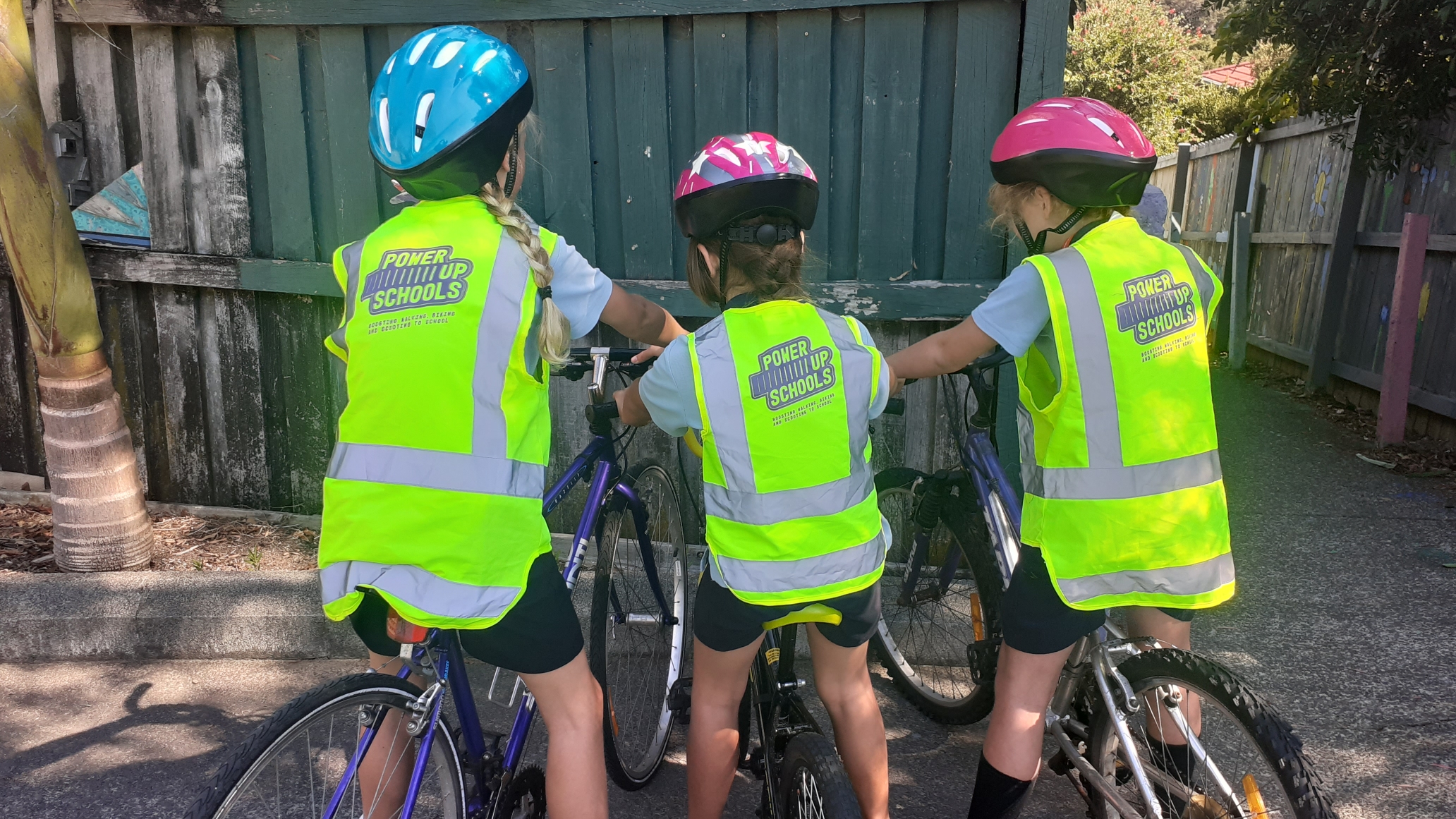 Keep on reading to learn about the project and see cool photos from the street. At the end of the story look for 'things to think about' - questions you could discuss with friends and family.

Boost walking and biking to school

Twice as many people live in Auckland compared to a generation ago, but only half as many kids walk or bike to school as did then. With more cars on the road, streets around schools can also be tricky places to walk or bike safely. Power Up 1.0 aimed to boost the number of kids walking and biking to four Auckland primary schools by making it both fun and safe.

What did the project do?

Power Up 1.0 began by working with the four schools to help setup and promote Walking School Buses and Bike Trains. These are run by parent volunteers who help kids to school safely each morning, and are a fun and healthy way to start the day with friends. Some of the schools already had Walking School Buses and Bike Trains, but others needed some help getting started. Power Up spent the first half of Term 1 promoting them so families knew they were an option to get children to school.

The second step for the project was to get the Walking School Buses and Bike Trains onto the Power Up app. This app is used to record the trips taken by Walking School Buses and Bike Trains to school, and was able to show who had done the most walks or rides. During the 'Power Up month' (the last month of Term 1) Waking School Bus and Bike Train kids could compete with each other, as could classes - and even schools! And as kids logged their trips to school, they were rewarded with badges - both in the app, and real ones to pin on bags or high-vis vests. The more trips taken, the quicker badges were earned!

Towards the end of the Power Up month, the team also worked with schools to test temporary changes to streets around the schools. At three of the schools the streets outside the school gate were even closed to cars during busy pick-up times. This aimed to encourage parents to try parking further away from the school gate so there weren't a lot of cars and kids in the same place at pick-up time.

‍‍Finally, at the end of Power Up, each of the four participating schools had an all-day ‘Play Street’ event. Streets outside the school gate were closed to cars, with kids taking over the space for classes and play. Bike tracks, chalk drawing and heaps of other games were seen all over the street everywhere. It was a chance to celebrate everyone's hard work during the month of 'Powering Up' at each school.

Power Up 1.0 took a lot of hard work by a lot of people. COVID-19 made it really hard to get the project started during 2019, and having to finish it in Term 1 made it very busy for everyone involved. There were also lots of things being tried for the first time and the team has learned a huge amount that can be used to make it easier, better, and more fun next time. But they've also seen some really cool results:

Things to think about...